Extra-terrestrial impacts may have triggered 'bursts' of plate tectonics 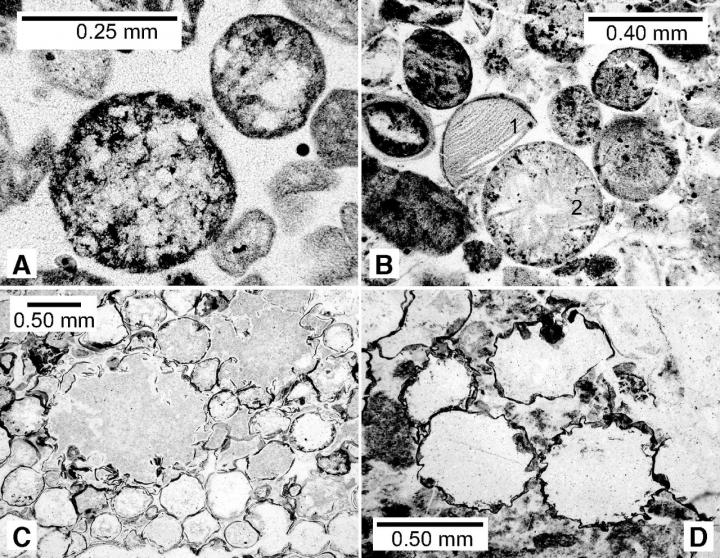 Newswise — Boulder, Colo., USA: When -- and how -- Earth's surface evolved from a hot, primordial mush into a rocky planet continually resurfaced by plate tectonics remain some of the biggest unanswered questions in earth science research. Now a new study, published in Geology, suggests this earthly transition may in fact have been triggered by extra-terrestrial impacts.

"We tend to think of the Earth as an isolated system, where only internal processes matter," says Craig O'Neill, director of Macquarie University's Planetary Research Centre. "Increasingly, though, we're seeing the effect of solar system dynamics on how the Earth behaves."

Modelling simulations and comparisons with lunar impact studies have revealed that following Earth's accretion about 4.6 billion years ago, Earth-shattering impacts continued to shape the planet for hundreds of millions of years. Although these events appear to have tapered off over time, spherule beds -- distinctive layers of round particles condensed from rock vaporized during an extra-terrestrial impact -- found in South Africa and Australia suggest the Earth experienced a period of intense bombardment about 3.2 billion years ago, roughly the same time the first indications of plate tectonics appear in the rock record.

This coincidence caused O'Neill and co-authors Simone Marchi, William Bottke, and Roger Fu to wonder whether these circumstances could be related. "Modelling studies of the earliest Earth suggest that very large impacts-- more than 300 km in diameter -- could generate a significant thermal anomaly in the mantle," says O'Neill. This appears to have altered the mantle's buoyancy enough to create upwellings that, according to O'Neill, "could directly drive tectonics."

But the sparse evidence found to date from the Archaean -- the period of time spanning 4.0 to 2.5 billion years ago -- suggests that mostly smaller impacts less than 100 km in diameter occurred during this interval. To determine whether these more modest collisions were still large and frequent enough to initiate global tectonics, the researchers used existing techniques to expand the Middle Archaean impact record and then developed numerical simulations to model the thermal effects of these impacts on Earth's mantle.

The results indicate that during the Middle Archaean, 100-kilometer-wide impacts (about 30 km wider than the much younger Chixculub crater) were capable of weakening Earth's rigid, outermost layer. This, says O'Neill, could have acted as a trigger for tectonic processes, especially if Earth's exterior was already "primed" for subduction.

"If the lithosphere were the same thickness everywhere, such impacts would have little effect," states O'Neill. But during the Middle Archean, he says, the planet had cooled enough for the mantle to thicken in some spots and thin in others. The modelling showed that if an impact were to happen in an area where these differences existed, it would create a point of weakness in a system that already had a large contrast in buoyancy -- and ultimately trigger modern tectonic processes.

"Our work shows there is a physical link between impact history and tectonic response at around the time when plate tectonics was suggested to have started," says O'Neill. "Processes that are fairly marginal today -- such as impacting, or, to a lesser extent, volcanism -- actively drove tectonic systems on the early Earth," he says. "By examining the implications of these processes, we can start exploring how the modern habitable Earth came to be."

The role of impacts on Archaean tectonics

GEOLOGY articles are online at http://geology.geoscienceworld.org/content/early/recent. Representatives of the media may obtain complimentary articles by contacting Kea Giles at the e-mail address above. Please discuss articles of interest with the authors before publishing stories on their work, and please make reference to GEOLOGY in articles published.